In 2001 an unimaginable event happened. My father was murdered. The feelings of raw anguish, sadness and anger were at times all consuming, but they lessened over time and are more like a dull ache today interspersed with random waves of loss. What took much longer to deal with and what surprised me the most in its intensity was the fear.

The rug had been pulled out from under me.  It was a massive thing. Too big sometimes for my own head. I was either going to sink or I needed to find a way to swim. In our own different ways my family learnt to swim and keep on swimming.

Years later, although a different set of circumstances, I am in a sink or swim situation again. But there is one brutal difference. This time around there are many more things conspiring to drown us.

I use my dad’s death as a comparison to highlight just how arduous the battleground of raising a child with special needs can be. I’m quite adept now at swimming and although some days I am just treading water, I am mostly making my way towards dry land. What breaks my heart is that all around me heaps of my SEN sisters (and brothers) are sinking.

And they don’t need to.

It is no mystery that depression is rife among special needs parents. According to a report by the National Family Caregivers Association between 40-70% of family caregivers show clinically significant symptoms of depression with approximately a quarter to half of these caregivers meeting the diagnostic criteria for major depression. It attributes the feelings of “struggling to make sense of a foreign, chaotic and often lonely world” as a source of the depressive symptoms.

When the causes of stress in special needs parenting were examined in a study in the Journal of Pediatric Psychology, high on the list were doctor or therapy appointments, medical treatments, hospitalisations, school issues, integrating the child’s needs into the family routine, watching their child in pain, worrying about the child’s vulnerability and explaining the health problems to those outside the family.

The researchers also cited that this stress could be intervened upon with supportive measures.

This study made no mention of sleep. Sleep is often scant when a child has additional needs due to a mixture of medical, behavioural and psychological reasons. Studies have shown that even partial sleep deprivation has a significant effect on mood. University of Pennsylvania researchers found that subjects who were limited to only 4.5 hours of sleep a night for one week reported feeling more stressed, angry, sad, and mentally exhausted.

When the subjects resumed normal sleep, they reported a dramatic improvement in mood.

They want to swim not sink.

Alas too often the system fails to buoy us up and instead conspires to add some concrete boots into the mix.

Why? Cost issues? The belief that we are looking to swindle the state out of vital pennies from the central pot? That there is only so much to go around and these children are getting more than their fair share? 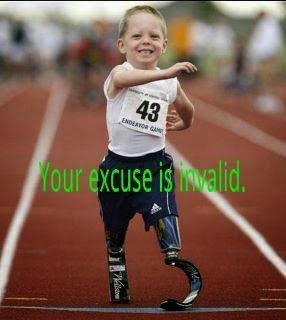 Carers UK says that people providing high levels of care are twice as likely to become permanently sick or disabled than the general population, with 625,000 people suffering mental and physical ill health as a direct consequence of the stress and physical demands of caring.

It also estimates that carers save the UK economy 119 billion each year – an average of £18,473 per carer.

Many families have to reach a crisis or breaking point before any care packages are put in place.

But isn’t prevention better than cure?
The priority for Public Health England, the agency set up by the Department of Health to protect and improve the nation’s health and to address inequalities, is to reduce the burden of disease and disability in life by focusing on preventing and recovering from the conditions with the greatest impact, including anxiety and depression.

I know each family copes in different ways and every child is different but nearly four years in, I believe the following is key in helping to prevent depression and mental illness among our ranks (and I suspect this list is the mere tip of the iceberg):

The best swimmers are those that can relax and feel in control in the water. We lose our buoyancy once we panic. Adjusting to life with a child with additional needs is like trying to swim when you are scared of the water. It is not being able to see land for the obstacles. It is about every day trying to not give up and go under.

Add to all of this the fact that when we do get to the edge of the water, instead of finding a helping hand we are all too often greeted by a big fat palm in our face pushing us back in.

It shouldn’t be sink or swim. We too want the chance to float for a bit and enjoy the water.