And kind of special, Popular posts

Let me tell you a bit about myself. Put you in the picture and all that jazz. Don’t fall asleep now.

My name is Alison. I have three fantastic children (7, 6 & 3 years) and a lovely husband (who talks too much). I live in a normal house in a normal street, which is less Homes & Garden and more Mess & Mayhem. I have a part time job, which I enjoy.  I worry about normal stuff like slugs, credit card bills and what to wear for a rare night out with friends.

I lament about my chub w 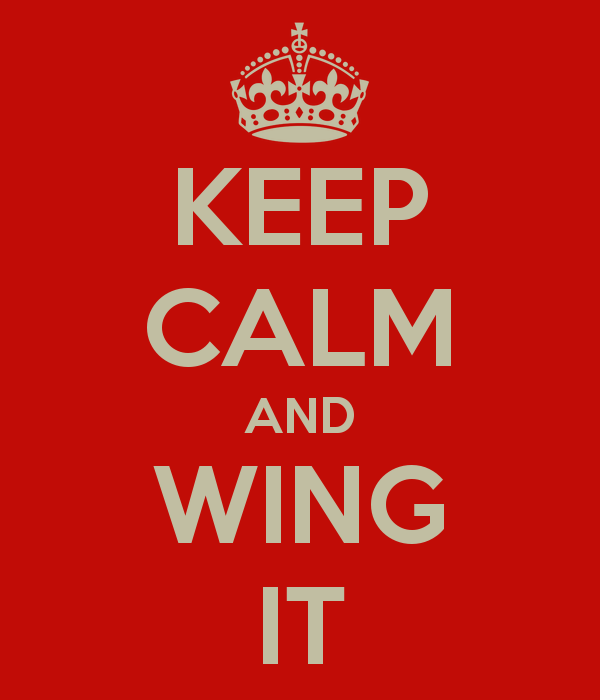 hile eating cheese cake and can sometimes be a pain in the bum – just for fun.

I wing it most weeks in regard to children’s homework, housework and my working “real work” work.

Oh and yeah, by the way, one of my children is disabled.

I am as normal and as boring as they come, but apparently having a child who has global development delay makes me a bit special. And do you know what makes me even more special? Having a child who is disabled and also having:

I nearly fell off my chair when I read this week that only 16% of mums with disabled children actually work. This statistic a year or two ago would have just filled me with guilt. Made me feel like a selfish person for having a job, keeping a hand in my career whilst also trying to raise my children especially one who is medically complex. It would have made me cross and frustrated and would have made me want to bellow from the rooftops:

What choice did I have?

I had none. I went back to work when Gabriel was 6 months old because that was the plan. We’d had the honeymoon (love will save the day) baby, the surprise (you were so tired you didn’t see me coming) baby and Gabriel was our third should we-shouldn’t we (can we afford it?) baby.

Not working was not an option. If I didn’t work, we would have lost our house, placed immense strain on our marriage, spiralled into uncontrollable debt and probably fast tracked into depressive illnesses.

Can you imagine falling into a financial hell hole?

What is heart breaking is that scenario is a reality for a lot of families with disabled children. What I’ve only just come to realise is that there are Mums and Dads out there who did want to return to work (needed to return to work) but external factors just didn’t allow it. They were hit with a double whammy of coping with sick and struggling children under immense, intense financial pressure. School was years away and the system was not set up to take care of children who required a more specialised childcare provision than the private nursery at the top of the road. They fell into a black hole and no one actually cared.

It shouldn’t have to be that way. Not any more.

I am therefore teaming up with a group of fantastic SEN bloggers to highlight this issue. Our host blogger is the rather marvellous Premmediations and all the posts on this issue can be found here. We are starting a dialogue – putting our experiences out there and debating the changes that could be made to make the system kinder to parents like us. We won’t change policy or attitudes overnight, but it is a start.

Gabe has just started school, his health has settled and his medical appointments are more spaced out across the year. I feel we have survived and come out largely the other side of this early years working minefield. My contribution is to highlight all the things that facilitated my return to work and reflect on some system changes that could have made it better.

I had a flexible work arrangement

This is key. You can’t get it in all jobs. A sad harsh fact. But I would argue there is room for it in most. I set up this arrangement with my first child. I work as an editor of a medical journal. Not traditionally a job that is done part-time or remotely but we trashed out a deal and had a trial period. I work 28 hours with just two day’s childcare but I work chunks of every day (nap times, evenings and weekends) to make up the hours. My boss and I fine tuned it over five years so when Gabe came along – it was in place. He slotted in. 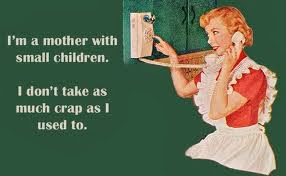 Before children I worked with a number of part-time mums and many worked from home. First hand I knew what elements of this impacted greatly on the rest of the team. Not being available on days off made other people’s jobs so much harder. So a key aspect of my working arrangement was being contactable every day and making sure by hook or crook my deadlines were met so they didn’t impact on other people’s schedules. 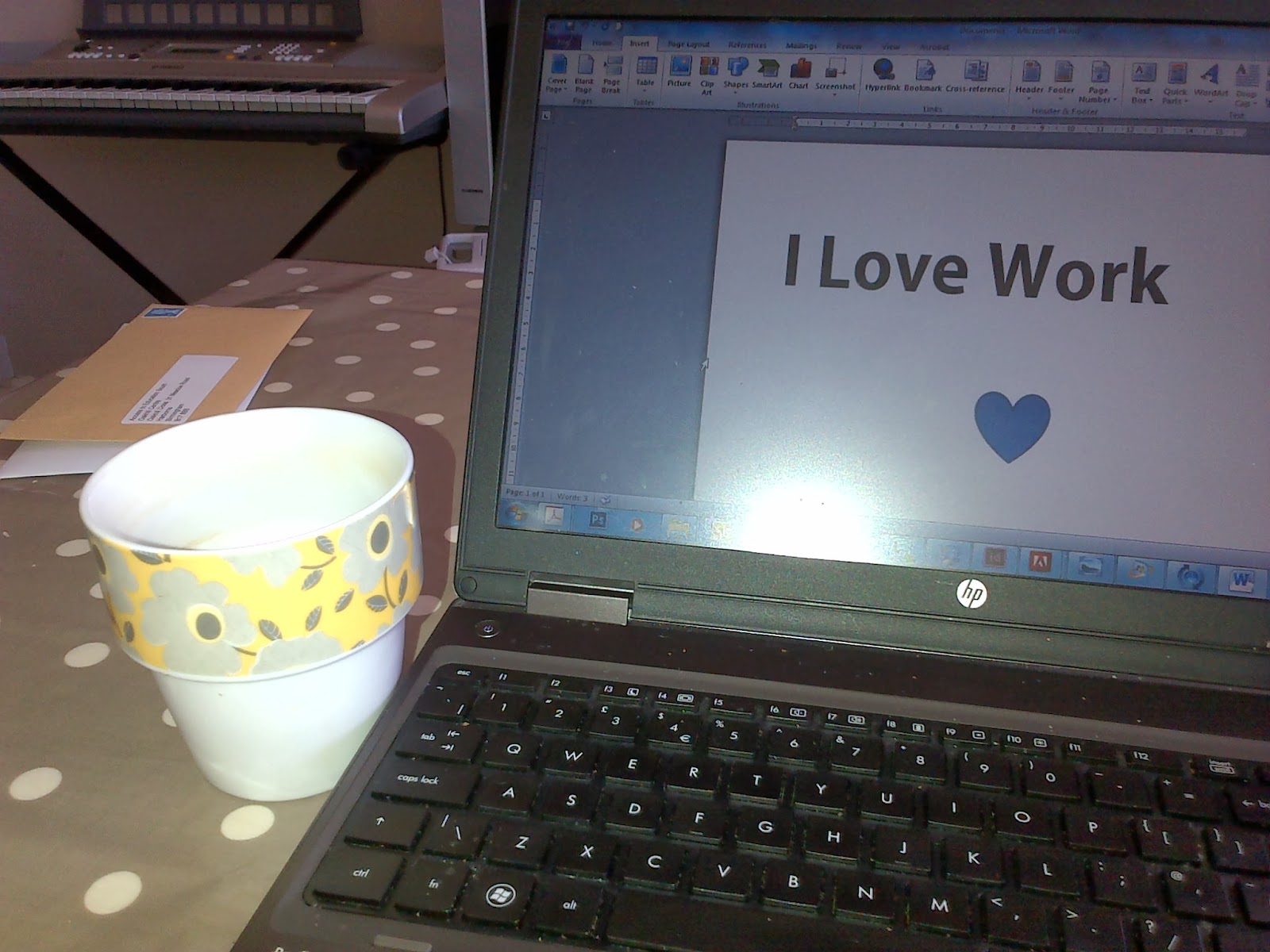 I let go of the guilt

I used to tie myself in knots wondering if Gabriel would be walking or talking if I didn’t work. Therapists can heap so much extra pressure on you and are unrealistic about other commitments in your life. They expect you to do physiotherapy and speech and language therapy every day and make you sign bits of paper stating a home/therapist agreement. Three years on and Gabe is still not walking and talking. I now understand enough about his condition to know that I did enough. I didn’t do it every day. Sometimes I might not do it for four days on a row – but I did do enough.

When I first went back to work I sent Gabriel to the same nursery that had looked after my other two children. We had a great relationship with them, it was close by and my daughter was in the pre-school there. They each did a full day and two mornings. He was in the baby room with a ratio of 1:3 staff to child. It worked for a while – perhaps because he was hardly there. When it became obvious he was going to have problems our early support worker spoke to us about moving him to a more suitable setting. She recommended a nursery that had a special educational needs co-ordinator (SENCO), more space for equipment and more experience with delayed children. This was one of the worse decisions we ever made.

This big, busy setting was the worse place he could be. He was lost in there and there was no consistency in his care. As he was happy to be left rolling on the floor – left rolling on the floor he would be. It was a horrific experience and within months we pulled him out. At this point that black hole was beginning to swallow me up and I thought about giving up work.

Then another SEN mum recommended a place called Solihull Special Needs Playgroup. This is ran by volunteers and three days a week (10-2pm) they will offer one to one care for any pre-school special needs child. It is not completely free but so much cheaper than other nursery provisions. It was a god send. The downside is that it is designed as respite and it would be difficult to work around those times. So we accessed just two sessions and I sent him back to his beloved homely mainstream nursery for one day a week. It worked really well for 18 months until he started his school place.

It was important because:
What would have helped:
Technology moved forward

You can now keep up to date with the office through SMART phones. I used to stress when clinics over ran or Gabe was in hospital. I imagined my whole office trying to get in touch or an email sitting on my computer stopping someone from getting on with their job. Now I can just check my phone and get a grip. All together now relax…

Help from family, friends and that random woman walking down the street

You can’t work with a disabled child unless you have a good network around you. Fact. I survived because I had friends who would collect the other children from school for me, I had family who would look after my children overnight if we were in hospital with Gabe. When I was drowning in work and going under, I can’t thank enough the people (you know who you are) who took Gabriel for an afternoon. I thank you. I thank you. I thank you.

Every child with additional needs is different so what worked for me might not work for anyone else. There are children who need much more intervention than Gabriel but if special schools can cope, why not special nurseries? It just needs someone in a position of power to put it on the agenda. There is a definite gap in provision – one that perhaps even the private sector could fill.

Parents of children with additional needs are people just like you. They have hopes, dreams and aspirations. They didn’t become a person previously known as…. the day fate dealt them a harsh blow. The choice to be a working or stay or at home mum should be just that. A choice.

We want to have it all too. And there is no reason why we can’t.

5 Comments on Working mum, disabled child and the myths inbetween