How are you? I want to tell you that you are doing an amazing job in raising your children.

I know that they are the centre of your world and every decision you make in life has them at the core.

I know that you want them to have a safe childhood, a comfortable one, one without incident, one where they are happy and untroubled.

I know you haven’t dared start that kitchen extension. I know that you didn’t go on holiday last year or the year before. I know that childcare costs and maternity leave and part time salaries are crippling you. I know that you worry about university tuition.

I know that you have hated the years of prudence.

I know that financial instability sucks the big one. I do. I know.

I know that when you entered that ballot box on Thursday that you voted for the political party that you thought was the best for your family.

I know that the decision behind your vote, whether it was a strong belief in the particular party or simply because you had less faith in the alternative, was your decision to make. I respect that. I do.  It is no one’s business really except your own.

Good for you. This stuff is important.

I know. I really do.

But now I know that whether the party you wanted was elected or not, we have to think beyond our families and to wider society.

Because this financial recovery we all crave will come at great cost. If not to you, then to others.

I am sure you know all this, but just in case:

Do you know that the new government have pledged £12 billion worth of welfare cuts over the next three years? However, few details on where cuts will be made have been revealed.

Do you know this could come from hard working families who rely on housing benefit and working credit?

Do you know that if you have three children, you might now only be eligible for child benefit for two?

Do you know this could come from carers’ allowances – those people that can’t work as they look after elderly parents, disabled children or injured and ailing partners?

Do you know that the NHS being free to use at the point of access will not mean much if you need something more expensive than a basic treatment? That access to care and treatment will continue to be rationed. That financial pressures could lead to unfair and inappropriate decisions.

Do you know about the secret Transatlantic Trade and Investment Partnership (TTIP) deal? TTIP would give US corporations unprecedented access to the NHS, which could essentially mean the privatisation of the NHS.

Do you know that obtaining insurance will be problematic for people with pre-existing conditions and chronic disease, including children?

Do you know that children with additional needs are now going to miss out on key services at the point that their development relies on them? Access to speech and language therapy, occupational therapy and physiotherapy, already limited, will drop as will provision of specialist equipment.

Did you know that money for disabled children is not ring fenced so when cuts are needed it will not be protected?

Do you know that the government might tax disability payment, which is just another way of reducing it? That disabled people rely on the personal independence payment and parents of disabled children rely on disability living allowance.

Did you know that more than a third of people aged 65 years and over (nearly four million) believe Britain has become a worse place to live over the past 12 months? A survey from Age UK revealed that nearly three quarters (71%) of older people said poor standards of care and support – in care homes or their own homes – make them feel that the government treats older people badly.

Do you know that in 2013-14 foodbanks fed 913,138 people nationwide? Of those helped, 330,205 were children. People literally had no money to feed themselves and their families. That this is likely to increase as the government looks to further reduce the £38 billion cost of out-of-work payments to working-age families.

Do you know that there is lots we can do to help those likely to be affected by the harshest of the austerity measures?

From adding a few tins to the food bank sites at your local supermarket to supporting charities such as Newlife, Tree of Hope and Caudwell Children that give grants to families of disabled children. We can check in on our elderly relatives more and we can pay attention to and support campaigns for fair reform of the NHS.

In her post entitled Post Election, the brilliant Wife Mum Student Bum talks about the action (not apathy) you can do to support your community.

I am sure that you already know this.

Just like I am sure you know the thing about bubbles is that they can burst when you least expect them.

With love from another mummy looking to create a bigger bubble. 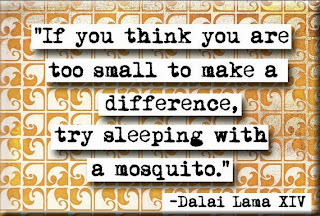 4 Comments on To the mummy in the bubble