Facebook I do love you. How else would I know that my third cousin removed had couscous for the first time on Wednesday, or that Lynne from two roads up is in potty training hell. I like a good nose at people’s lives – I really do – but listen you are starting to send me crackers. You make me regress into a teenager (sometimes a toddler) – and no one wants to go back there.

You know the spoilt rich one in Charlie and the Chocolate Factory. The one we tut at but would so love to be. Everything she sees, she now wants and absolutely now needs. And her Dad will probably get it for her. Lucky cow. 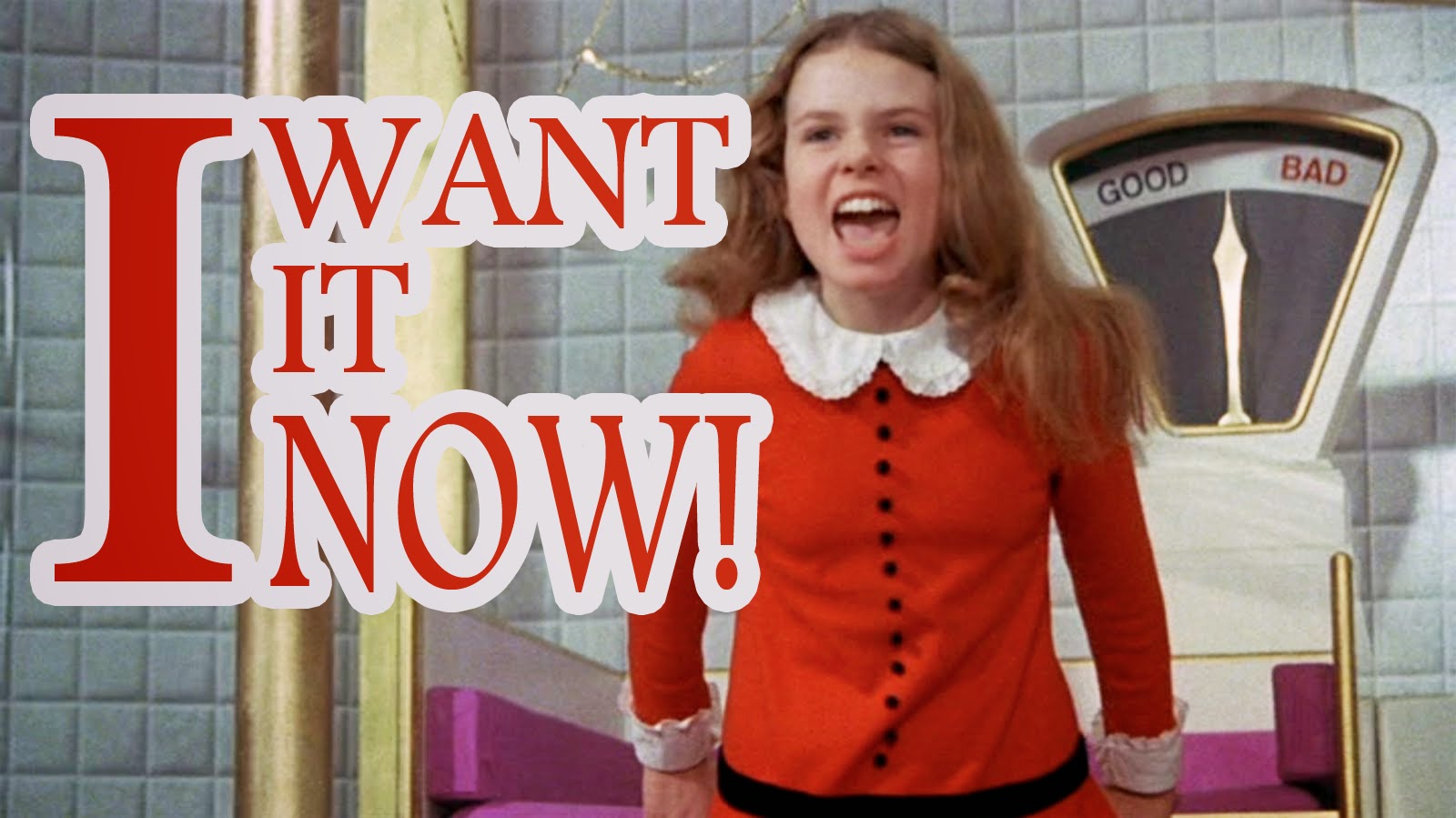 Perhaps we should both do something better with our time.

3. Messenger keeps grassing me up
You see I am a bit of lazy cow and with three children and a job, sometimes I am a wee bit wiped out of an evening. If a friend texts and I can’t even summon up the energy to reply then that’s all cool as I can reply days an hour later and say “hey just saw this now. How’s you?” But no, with bloody sanctimonious messenger it tells people when you have read the message. Therefore you kind of have three options: do not look at the message and kill yourself with curiosity wondering what you are missing out on; click into it and have to reply perhaps causing point number 2; or look at it, ignore it and know that your mate knows you have just ignored her and she is currently flicking Vs at the phone.

4. It turns me into a crazy person
Someone recently defriended me on Facebook and I was so outraged I may have sent her a crazy message saying: “hey why have you defriended me?” It was one of those friends that end up on your list, but you don’t really know them in real life (thus significantly reducing the chance of you actually annoying them). When faced with such a message I would have blocked the person but she was all lovely. She patiently explained she was culling her friends’ list so she could, you know, catch up with actual friends! She then added me back on. I am such a loser. How can I be all rational in real life and then get in a huff if someone I knew four years ago does not tag me in a joke. I think my primary school children behave better on the playground.

5. It shows my life in all its sad glory
My timeline is pretty depressing – the equivalent of a supermodel’s fridge – completely sparse. It amounts to three tagged pictures of the kids and a message off my sister asking me if I am going to my Mum’s house. I keep thinking I’ll take more pics of me doing cool, trendy stuff but then I realise that ship has sailed along with my stomach muscles. I did go on a blogger meet up recently and there were tons of photographs floating about social media the next day. Great I thought – now is my chance to add a picture so people don’t think I sit in my house every night (which I do). But when I looked at my phone, there was only one picture as a memento of the whole day and it was this:

6. It can make a bad day worse
Guaranteed if you have just eaten a pack of some Jaffa Cakes, there will be a picture of your cousin glowing after a run; if the children are driving you insane and you are wondering if you need a parenting course, your old neighbour will flash up with snaps of her making mini fairy castles with her brood; just argued with your man, your mate is on an ace date night. Like a warped game of opposites you can find anything you need to make you feel worse if you are in that frame of mind.

7. Is that passive-aggressive meme about moi?
As sleep deprivation, general grumpiness and a touch of paranoia come with the parenting territory, we may have all at some point wondered if one of those narky memes from a friend is aimed at us. You know the ones saying: “My mate is sh*t as she never replies to my texts” and “Some crazy loon emailed me yesterday asking why I had defriended her. Does she really need to ask!”

Obviously I am so marv that none can be aimed at me. Also that would be really conceited to think anyone would be bothered to shame you on Facebook. So it’s not about me. Phew. Or is it?

8. What is it with all the death threats?
Hey you – if you do not like and share this picture of a beautiful flower within five seconds you are going to die a horrific death RIGHT NOW.
Erm.. feff off.
My sister (yes my own flesh and blood) sent me the scariest one about a bullied girl that fell into a well and then came back and killed all her school friends. It said that if I didn’t share her story then that night she was coming for me and she would kill me (I think my sister loves me). I was all big deal O’Neil and clicked it off without a care in the world. THEN that night when the baby woke and needed milk I couldn’t go downstairs on my own as I thought she would be waiting for me (she probably was but after two hours of my boy wailing and me and the husband arguing about who was getting up she probably climbed back in her well for a bit of peace). The next day I shared her story big time.

So as well as the three tagged pictures and a message from the sis, I have left a death threat on my timeline for all to see. I wonder why that lovely lady felt the need to defriend me.

So perhaps the moral of the tale is to maybe leave Facebook alone for a while – try and restore some sanity in my life. Stop being so crackers about everything.

Therefore I shouldn’t post this on my Facebook page, engage in any comments or even ask people to like or share my post. That would be all shades of stupid. Time to be a grown up and call a halt to all this foolishness. For all our sakes. 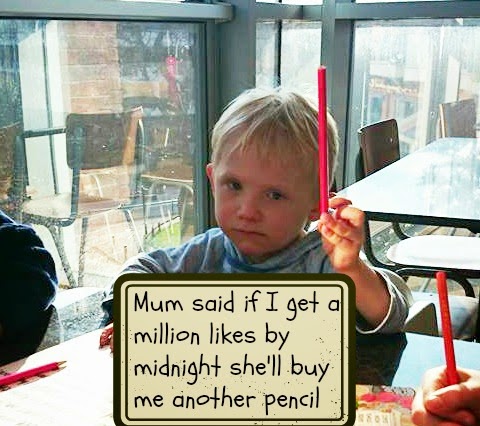