Patience. It has left the building.

I knew it would eventually. Impatient git.

Although I have never been the most tolerant of women (think slow walkers and call queues), having children has tested me to the limits at times.

Take last night as an example. I had a grumpy little boy up in the dead of the night. He was outraged by the fact he had done a poo. But this was no ordinary poo. No. This was a stealth poo. It took half an hour of him wriggling and flicking me in the face for me to realise it was lurking underneath. After I had freshened him all up (not a problem my little gorgeous prince), I settled him beside me for some squishy, sleepy cuddles to help him drift back to the land of nod.

Or so I thought.
Replace squishy with kicky,
And sleepy with wide awake,
Cuddles with grumbles,
And land of nod with Isle of you are a fool if you think you are getting any more kip.

Three hours later,
My patience was wearing out.
What am I saying – my patience had picked up rational and gone and slept in another room.
It was a long night. 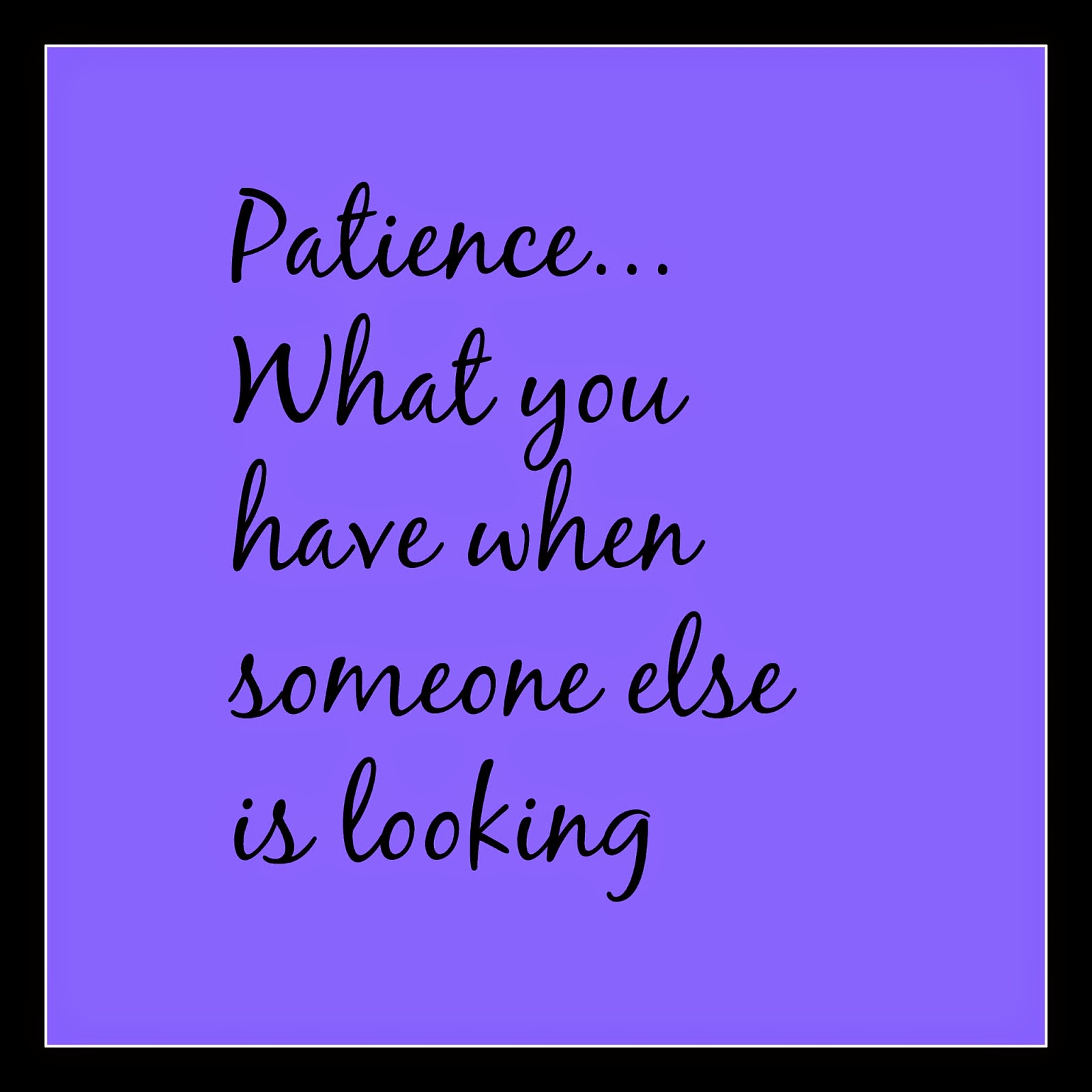 Since becoming a mother, especially a mother to a child like Gabe, I’ve had to dredge up patience from the pit of my stomach. But there is an overdraft – it just means that someone else like my husband gets the love later (the – do not even think of putting that cup on that mantelpiece without a coaster you big loser – type of love).

I can’t be alone so I’ve devised this Just 17-style quiz just to see where all the other moody mummys are. Want to see what type of mother (or father) you are?

The Comp Gorg how patient are you really quiz?

You are knackered (quelle surprise!) and fancy a little quiet sit down with a brew (you are an optimist after all) but your three children are simultaneously jumping from sofa to sofa, knocking all the DVDs off the shelves and telling you repeatedly that they are hungry. The jumping bean suddenly jolts the tea cup from your hand all over your new rug.

Do you?:
A. Smile sweetly, shake your head in a minor exasperated fashion saying: “these things happen” as you fetch the carpet cleaner. You clear up the mess with minimum fuss, before making a healthy snack for the hungry children and commencing sensory play for all three.
B. Run out of the living room and weep loudly in the kitchen until you have calmed down and can face the world again with the aid of a Double Decker.
C. Smile sweetly at children and then send angry texts to your husband. Because it is all his fault.

You’ve done the school and nursery drop off by the skin of your teeth and now need to race to work. However, someone has blocked in your car in the nursery car park. You can see them through the window having a chat with the nursery teacher, now their child, now another mum, now a different mum. You were already going to be late. And with every creeping second, it is getting later…..

Do you?:
A. Put the radio on and enjoy the peace for a bit. Use the time to think of fun things to do with the children later like making puppets from the P45 you will probably get when you arrive in the office. Hey ho!
B. Start sobbing and hunt in your bag for that chipped Minstrel you noticed yesterday left over from a trip to the cinema. And there is a half chewed Refresher bar in the bit by the hand brake; that will do.
C. Smile sweetly at the woman and then send angry texts to your husband. Because it is all his fault.

Your mother in law is coming around and you have tidied every nook and cranny and even sorted out the stored clothes under your bed. All you ask for is for the house to remain tidy for the first five minutes. After that you don’t care. But daughter has decided now would be an ace time to play an epic game of card shop laying cards on every available space, son has weed all over the toilet seat, and the littlest one has pulled all the DVDs off the shelf (it is kind of his thing).

Do you?:
A. Tidy up the 507 cards, wipe the toilet seat (floor, walls, blinds: aim ain’t great yet) and pick up the DVDs for the 309,876 time singing nursery rhymes before ruffling each child’s head and calling them messy pups.
B. Flounce into the garden wailing, taking with you the Sara Lee Double Chocolate Gateau you’ve defrosted for desert and hide in the play house until midnight.
C. Smile sweetly at the peed up bathroom and then send angry texts to your husband. Because it is all his fault.

Mostly As
Do you have children called Topsy and Tim? Or is your name Granny Murray? Come on, you are not a real live person are you? Please say you are not. Please. No. You can’t really exist. Do you do yoga at 5am, followed by Zen studies. Bravo. Hats off to you.
Mostly Bs
Welcome, my friend, to parenting. Tears and that chocolate cupboard are your only true friends from now on. My advice: always have Wispas. And wine. At a push Jaffa Cakes (if you are desperate). Embrace this new lifestyle and your fattening bum.
Mostly Cs
You are right. It is all his fault.